Event Schedule
Gates at 4PM on Friday, 3PM on Saturday
*All times Eastern

Pit Gate Location
turn 4 side of the track

Credit Card Use
None

Polesitter Brent Dixon led all 40 laps of the Feature but weighed-in 20 pounds light at the scales in post-race procedures, disqualifying him and handing the $5,000 victory over to Collins, who cleared the 2350-pound weight requirement.

“I hate to see Brent lose it that way,” Collins said after Victory Lane. “But, if somebody’s gotta be the beneficiary, we’ll take it.”

Collins, the regionally known sign shop owner and racecar wrap-installer from Colbert, GA, started the night strong with a seventh-place effort in Qualifying before a third-place run in Heat 1. This placed him seventh on the Feature starting grid with several Southeast Super Late Model heavyweights in front of him.

While Dixon grabbed the lead at the drop of the green, Collins was tested in wreck-avoidance on Lap 2 when two cars spun in front of the field in Turns 1-2. He made it through unscathed and picked up two positions in the melee, then another two on the ensuing restart.

The incident collected several contenders, including championship frontrunner Carson Ferguson, who got the worst of it when he slammed into the side of PL Williams and was taken off on the hook. Credited with a 21st-place finish, Ferguson now sits 40 points back of the lead he held coming into the race.

After a few more caution flags over the next eight laps, Collins lined up on the outside of new Series points leader Ben Watkins for a restart with 32 laps left and knew it was his time to go. While other drivers may have given up the top lane and moved down to the preferred line around the bottom of the three-eighths-mile, Collins hammered the throttle and held his ground with Watkins still underneath him as they drag raced down the backstretch.

When Watkins slid up the track in Turns 3-4, Collins crossed back underneath him and muscled his way on by for the runner-up spot with some strong horsepower down the backstretch. Collins then faced only one car ahead of him with plenty of laps left to run.

By this time, Dixon was already building on a lead that grew as wide as four seconds at several points over the next 30 laps. Collins would close the gap when Dixon reached a lapped car, then Dixon would open it back up after getting by the traffic.

“I got free with about five or six-to-go, and I felt like I was losing ground on [Dixon] and I couldn’t clear the lapped cars,” Collins said. “I was afraid I was gonna get passed for second. But I held on.”

In the end, though Collins couldn’t catch the fellow Georgia driver by the checkered flag, he was declared the winner after Dixon’s disqualification at the scales. A pool of family and friends flooded Victory Lane in celebration of Collins’ first victory with the tour, knowing how much it meant to the veteran racer who’s spent many years racing weekly at the facility.

“It’s really awesome to get one at home; I’ve raced here my whole life,” Collins said. “A lot of people here we know, a lot of fans, a lot of my customers.”

Watkins crossed the line third but moved up to second after clearing the scales. Though it wasn’t exactly the way he wanted to get the spot, a smile still showed on his face in Victory Lane.

“We’re not thrilled that’s the way it happened, but we’ll take it any way we can get it,” Watkins said. “That’s why you’ve gotta fight for every position out here, because you never know what’s gonna happen.”

After a third-place run Friday night, Watkins comes out of the doubleheader weekend with two podium finishes. This gives him sole possession of the Series points lead after going into the race tied with Carson Ferguson for the spot. He now sits 16 points ahead of Ross Bailes in the standings with only three races left to seal the deal – one at Lake View Motor Speedway and the final two at Cherokee Speedway.

“We’re definitely happy with the tracks we’re going to,” Watkins said. “Cherokee is kind of a wildcard. I’ll be honest, that track doesn’t top my list in being the most confident because I’ve had such up-and-downs there.”

Starting 14th on the grid, Cla Knight leaped ten positions on the track and scored an extra one after clearing the scales to come home third. He’s piloting a new Longhorn Chassis for 2022, and still getting the feel for it, but showed capability with his first podium on tour this season.

“We had a really good car during the race, I just wish I would have started closer to the front,” Knight said. “We’ve been a little off this weekend, but this is our third race in this car.”

The 2021-22 Drydene Xtreme DIRTcar Series campaign wraps-up with one final weekend to settle the points battle – a three-day tripleheader in South Carolina on March 24-26. Thursday, March 24 kicks it off with a visit to Lake View Motor Speedway, followed by two co-sanctioned shows with the World of Outlaws CASE Construction Equipment Late Model Series at Cherokee Speedway on Fri-Sat, March 25-26.

Don’t miss a moment of the action – buy a ticket to watch the races in person or stream them live with a FAST PASS subscription to DIRTVision. 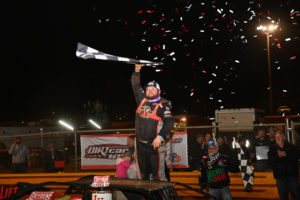 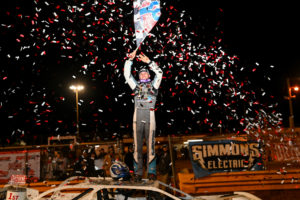 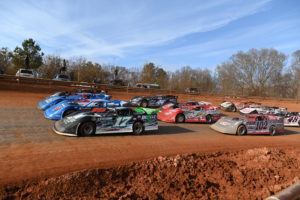 WHAT TO WATCH FOR: Top-Three Points Battle Heads for Doubleheader at Lavonia 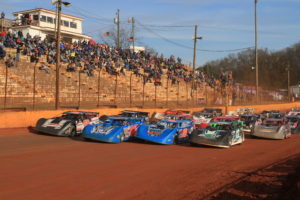 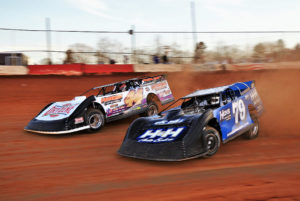 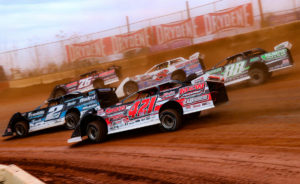 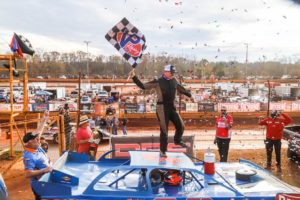 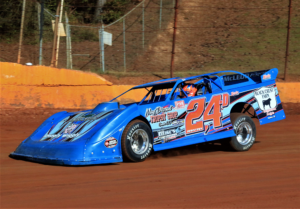