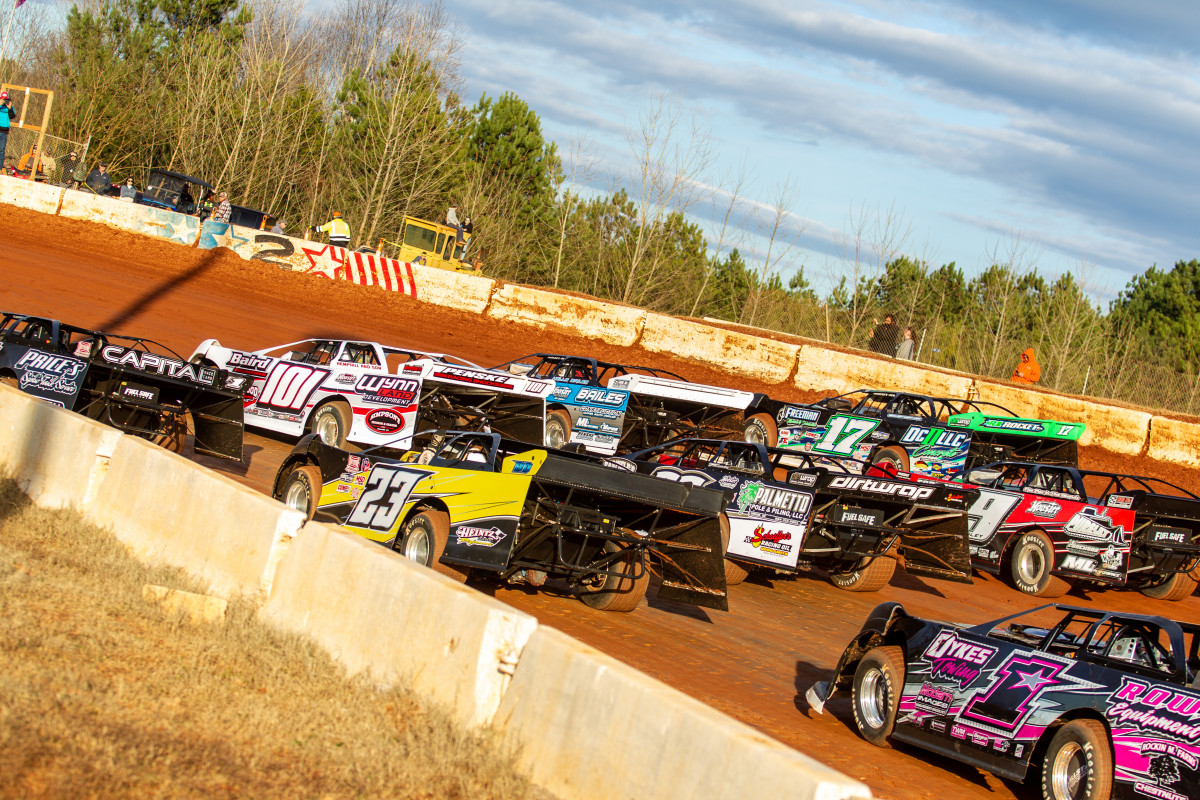 CONCORD, NC – The Most Xtreme Super Late Models in the Southeast are back.

The 2020-21 Drydene Xtreme DIRTcar Series season kicks off Sunday with the 30th running of the Blue Gray 100 at Cherokee Speedway in Gaffney, SC. Last year’s event, co-sanctioned with the Carolina Clash Super Late Model Series, brought 38 cars to the pit area — the highest car count in the event since 2007.

The Southeast region has been producing arguably the nation’s best Late Model racing since the action picked back up in late spring, with several drivers emerging as possible contenders for the Drydene oil barrel trophy and $15,000 check as Xtreme Series champion.

Chris Madden, of Gray Court, SC, will field his own Drydene Performance Products #44 Rocket Chassis aboard the Xtreme tour this winter season, looking to make it back-to-back titles after being crowned inaugural Series champion in February. Madden switched teams and chassis in 2020, but he has settled into a solid groove with his rebooted team. Madden posted two victories last season in the Drydene Xtreme DIRTcar Series, including a record sixth Blue Gray 100 victory, topping Ross Bailes and Zack Mitchell in the overall standings by nine points.

Brandon Overton, of Evans, GA, leads the way with an impressive 25 Feature wins to his credit aboard the Wells Motorsports Longhorn Chassis #76 this year, highlighted by a clean sweep of the World of Outlaws Late Model Feature action in the 33rd annual USA Nationals at Cedar Lake Speedway. Three top-fives in three starts on the inaugural Xtreme Series tour last winter placed Big Sexy sixth in the overall standings.

Kyle Strickler, of Mooresville, NC, shifted from racing UMP Modifieds to Dirt Late Models and has been on a tear at the national level in 2020, sprinting to a $10,000 victory in one of Eldora’s Speedway’s Dirt Late Model Stream preliminary Features in June, and more recently picking up a headline Feature victory at I-80 Speedway in September. Strickler was one of six drivers with perfect attendance on the 2019-20 tour, placing fourth in the final points standings.

Zack Mitchell, of Enoree, SC, picked up his first Xtreme Series win before the 2019 holiday break at Lavonia Speedway, putting on a dominant display of speed by leading every lap. A third-place finish in Xtreme points set Kid Quick up for his first career World of Outlaws Feature win at Volunteer Speedway in June, proving his potential as another big contender for the Xtreme championship this winter.

Ross Bailes, of Clover, SC, finished runner-up in Xtreme points last season on the back of a trip to Cherokee Speedway Victory Lane on January 26. Bailes will pilot the Big Frog Motorsports #58 Rocket Chassis aboard the tour and has already won twice in Super Late Model action at Cherokee this year. As another driver with perfect attendance on the Xtreme tour last season, Bailes has shown the speed and skill necessary to contend for his first Xtreme crown in 2021.

If you can’t attend a Drydene Xtreme DIRTcar Series event in person, tune in to watch on DIRTVision, where every event is broadcast live as part of the DIRTVision Fast Pass.