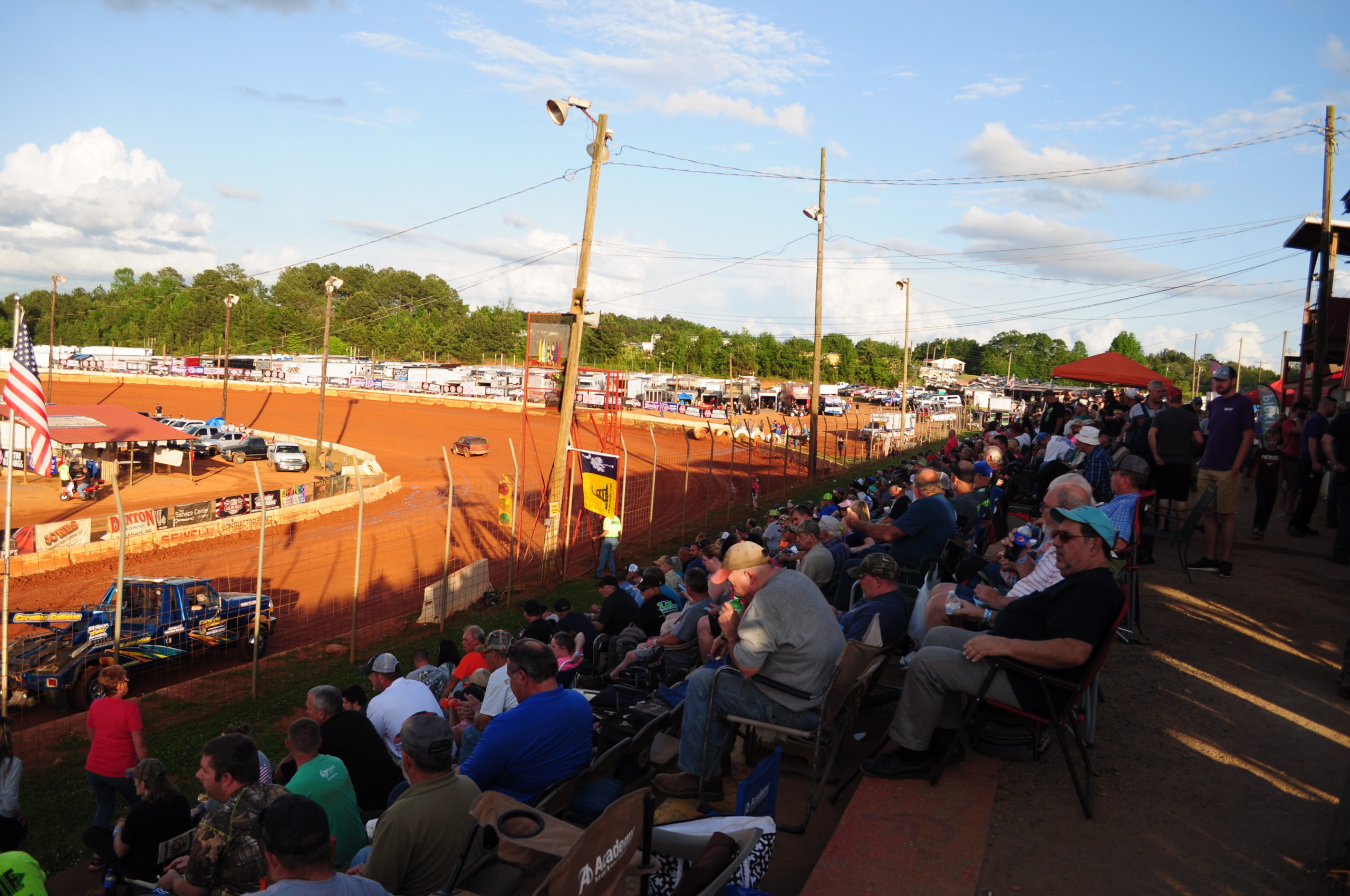 GAFFNEY, SC – The first race of the inaugural Xtreme DIRTcar Series winter tour kicks off next Sunday, Nov. 24 with the running of the 29th annual Blue Gray 100 at Cherokee Speedway.

This storied event hosts some of the best Super Late Model talent from across the Southeast, coming together in a 100-lap battle for $10,000 to win.

The Carolina Clash Super Late Model Series has sanctioned the year-end racing extravaganza since 2015 but will co-sanction this year’s running with DIRTcar, serving as the first race for the Xtreme Series and the final race for the Clash.

Cherokee Promoter Scott Childress was recently presented with the 2019 Promoter of the Year Award at the World of Outlaws Morton Buildings Late Model Series awards banquet last Sunday in Concord, NC, for his honorable efforts at the helm of both this year at Cherokee and Lavonia Speedway.

Since 2017, Childress has worn the promoter hat at Cherokee and has continued to satisfy Super Late Model fans by hosting several different regional and national series races at the historic venue. Next Sunday, he’ll make yet another advancement into the future by hosting the very first Xtreme Series race of 2019, helping to usher in a new venture of Super Late Model racing into both the DIRTcar Racing family and to the Southeastern United States.

One-hundred laps, $10,000 to the winner and host of everyone’s favorite Dirt Late Model racers will no-doubt pack “The Place Your Mama Warned You About” on Sunday. This is the only 100-lap Super Late Model race the track runs all year, but that’s exactly what makes the event unique.

“It’s 100 laps, so it’s not a sprint to the checkered flag,” Childress said. “Teams have to consider tires and other factors to run more laps, and it’s always a really interesting race… there’s always a little bit of drama.

“The Blue Gray always has a lot of people there. This is something different that we give [the fans]. It’s a different base of drivers, and just a different viewpoint.”

Statistically speaking, Team Zero racer and home-state favorite Chris Madden is among the favorites to taste victory in this year’s running, having won five Blue Gray titles in 2004, 2006, 2010, 2013 and 2015 – the most of any driver. Despite multiple starts at Cherokee this year, he was unable to reach Victory Lane but came very close in the most recent World of Outlaws visit, the inaugural Mike Duvall Memorial on October 4, with a runner-up effort.

Last year’s winner, Brandon Overton of Evans, GA, will be back to defend his crown after a great year behind the wheel of the Rum Runner Racing #2. He’s been Victory Lane several times in 2019, including once at Cherokee in the Mike Duvall Memorial, and will certainly be a contender in the Blue Gray again this year.

Gates will open at 10 a.m., drivers meeting at 12:30 p.m. and racing to follow. Tickets are $30 for grandstands and $40 for a pit pass. More information at cherokeespeedwaysc.com.

New to the Xtreme DIRTcar Series in 2019-20, watch the Blue Gray 100 and every other event on the schedule right from the comfort of your home with your FAST PASS subscription to DIRTVision!