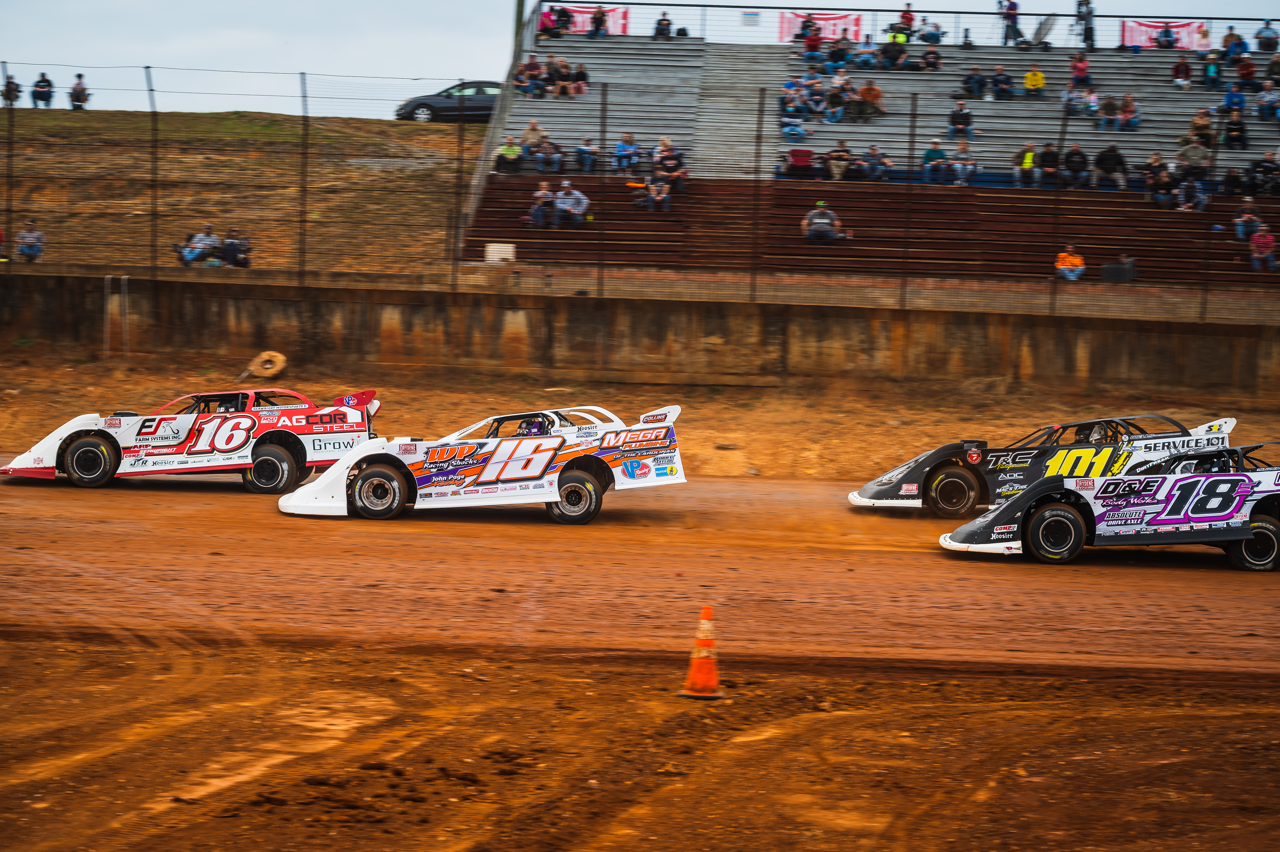 Of the seven races contested on the 2021-22 Drydene Xtreme DIRTcar Series trail, four were claimed by first-time winners.

The dust has settled on the winter Super Late Model tour’s third consecutive season of competition, which featured the Southeast’s best drivers racing in three states over 126 calendar days. A deep dive into the numbers shows several statistics that defined the growth and diversity of the competitors that took part on tour this season.

Among the many takeaways that stood out, a record-high total of $304,150 was paid out in event purse and points fund money. This season also produced seven different winners in seven races, up by three from both previous years, and visited four different tracks – matching the 2019-20 season total.

Check out these other various statistics compiled over the 2021-22 season, and be on the lookout for the 2022-23 Drydene Xtreme DIRTcar Series schedule to be released later this year.

3 – The Series points lead changed hands three times from start-to-finish. Bailes led through the first three races before a quiet weekend at Lavonia Speedway in February gave the lead to Carson Ferguson and Ben Watkins after Friday night at Lavonia.

Watkins took sole possession of it after Ferguson wrecked out of the Saturday Lavonia race and kept it through Friday night of the season finale at Cherokee on March 25. Bailes finished 15 positions ahead of Watkins the very next night to take the lead back and the championship trophy with him.

16 – Sixteen different drivers finished on the podium this season. Bailes and Watkins tied at three apiece, Max Blair went back-to-back in the final two races of the season as an Outlaw invader to rank second, while all other drivers had one podium appearance.

17 – The number of points Bailes made up in the final race of the season at Cherokee. Watkins carried the points lead into the final race weekend after notching back-to-back podium finishes at Lavonia in February, which put him atop rivals Bailes and third-place Carson Ferguson.

Drivers from 17 different states attempted to qualify for at least one race on the schedule.

70 – The total number of positions gained by Hard Chargers over seven Feature races.

370 – A total of 370 Feature laps were run between all seven races on the calendar. Cherokee Speedway’s annual endurance spectacle, the Blue Gray 100, topped the list at 100 laps, followed by the Rock Gault Memorial, which capped the season in a 60-lap, co-sanctioned special with the World of Outlaws CASE Construction Equipment Late Model Series.

The season-opening Palmetto State 50 ranked third with its 50-lap main event, while all other Features on the schedule were 40 laps in length.