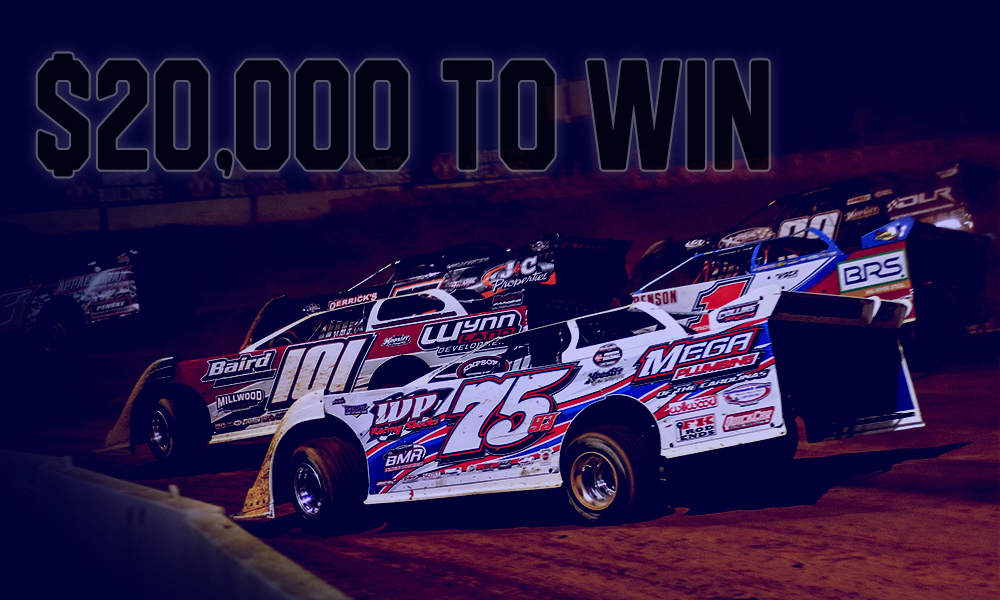 DIRTcar Racing announced today the revival of one of the most storied brands in Dirt Late Model racing with the launch of the Xtreme DIRTcar Series for Super Late Models.  The Series is set to feature 6-8 races in the Southeast starting in late November and wrapping up with its championship finale in February.

The Xtreme DIRTcar Series is designed to give racers and race fans a chance to get their fix through the winter months with a handful of high-quality special events at some of the South’s finest facilities.  The schedule will feature $5,000-to-win, $500-to-start, 40-lap events with the Series opener and finale to include increased purses. Racers will also be competing for their share of a $45,000 point fund with $20,000 to the champion, $10,000 to second place, $5,000 to third place and $1,000 to each driver who enters every event. The Series points chase will however provide racers with some flexibility; entering every event will not be required for point fund eligibility, and drivers will only count a certain number of their highest point nights towards the championship.

Five races have already been confirmed for the 2019/2020 season, with the Inaugural Xtreme DIRTcar Series winter event being the 29th Annual Blue Gray 100 at Cherokee Speedway in Gaffney, SC on Sunday, Nov. 24. The event will feature its traditional format, paying $10,000-to-win, and it will be co-sanctioned with the Carolina Clash as they will crown their 2019 Champion at the event.

“We are honored to be the inaugural event for the new format Xtreme DIRTcar Series,” said Scott Childress, Promoter of Cherokee Speedway.  “Dirt Late Model racing in the South is almost a year-round sport as it is, but the Xtreme DIRTcar Series really gives us something to look forward to and build around.”

While Dirt Late Model enthusiasts across the Southeast will have the chance to visit their favorite tracks in person, snowbound race fans from across the country will be able to do the next best thing as each event will be broadcast live on DIRTVision and made available to both Late Model and Sprint Car FAST PASS subscribers.

Another announcement finalizing the 2019/2020 schedule with the addition of two to three more dates is expected soon, along with the naming of a Title Sponsor. Racers and tracks can contact Sam Driggers (sdriggers@dirtcar.com) or Casey Shuman (cshuman@dirtcar.com) with interest and questions about the Series.