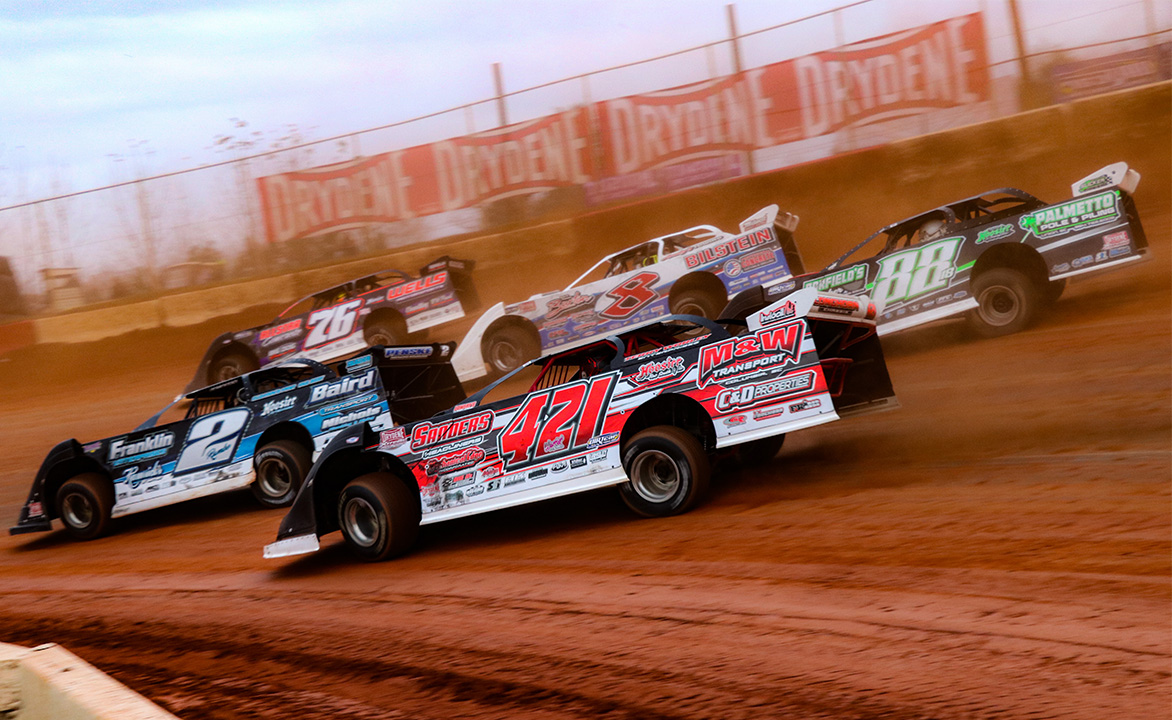 The Drydene Xtreme DIRTcar Series kicks off its third season later this year with four packed weekends of DIRTcar Late Model racing from November through February.

With eight races in all stretching across South Carolina, Tennessee and Georgia, the Drydene Xtreme DIRTcar Series champion will earn $15,000 from a $42,000 point fund that rewards the top 10 overall who have run all eight races. The runner-up will receive $8,000 with $5,000 going to third place, $4,000 for fourth and $3,000 for fifth. Drivers must compete in all eight races to be eligible for the point fund.

Drydene Performance Products continues as the title sponsor of the winter tour, where all races will be broadcast on DIRTVision.

“Drydene is very pleased to continue our partnership with DIRTcar and the Xtreme DIRTcar Series for a third season,” said Dave Klinger, president of Drydene Performance Products. “The level of competition we’ve seen the past couple of years is second to none, and we are excited to be part of this series with racers who work so hard to compete and put on a tremendous show for the fans.”

The 2021-22 Drydene Xtreme DIRTcar Series schedule will be returning to six tracks, adding Lancaster Motor Speedway and I-75 Raceway to the schedule for the first time. It all begins with a couple of $10,000-to-win events on Saturday, Nov. 20, at Lancaster and Sunday, Nov. 21, at Cherokee Speedway – co-sanctioned with the Carolina Clash. As their season ends, the Drydene Xtreme DIRTcar season begins. Then, on Friday, Dec. 3, the Series will invade I-75 for the first time before venturing to Volunteer Speedway on Saturday, Dec. 4.

The tour rolls into 2022 with races on Saturday, Jan. 15, at Lake View Motor Speedway and Sunday, Jan. 16, back at Cherokee Speedway, the only track on the tour with multiple races. The championship weekend begins Friday, Feb. 25, at Lavonia Speedway and concludes on Saturday, Feb. 26, at Modoc Raceway, where this past season Chris Madden secured his second Drydene Xtreme DIRTcar Series championship.

While there’s nothing like seeing the cars and stars up close in person, every race of the Drydene Xtreme Series will be broadcast live on DIRTVision presented by Drydene for those unable to attend.