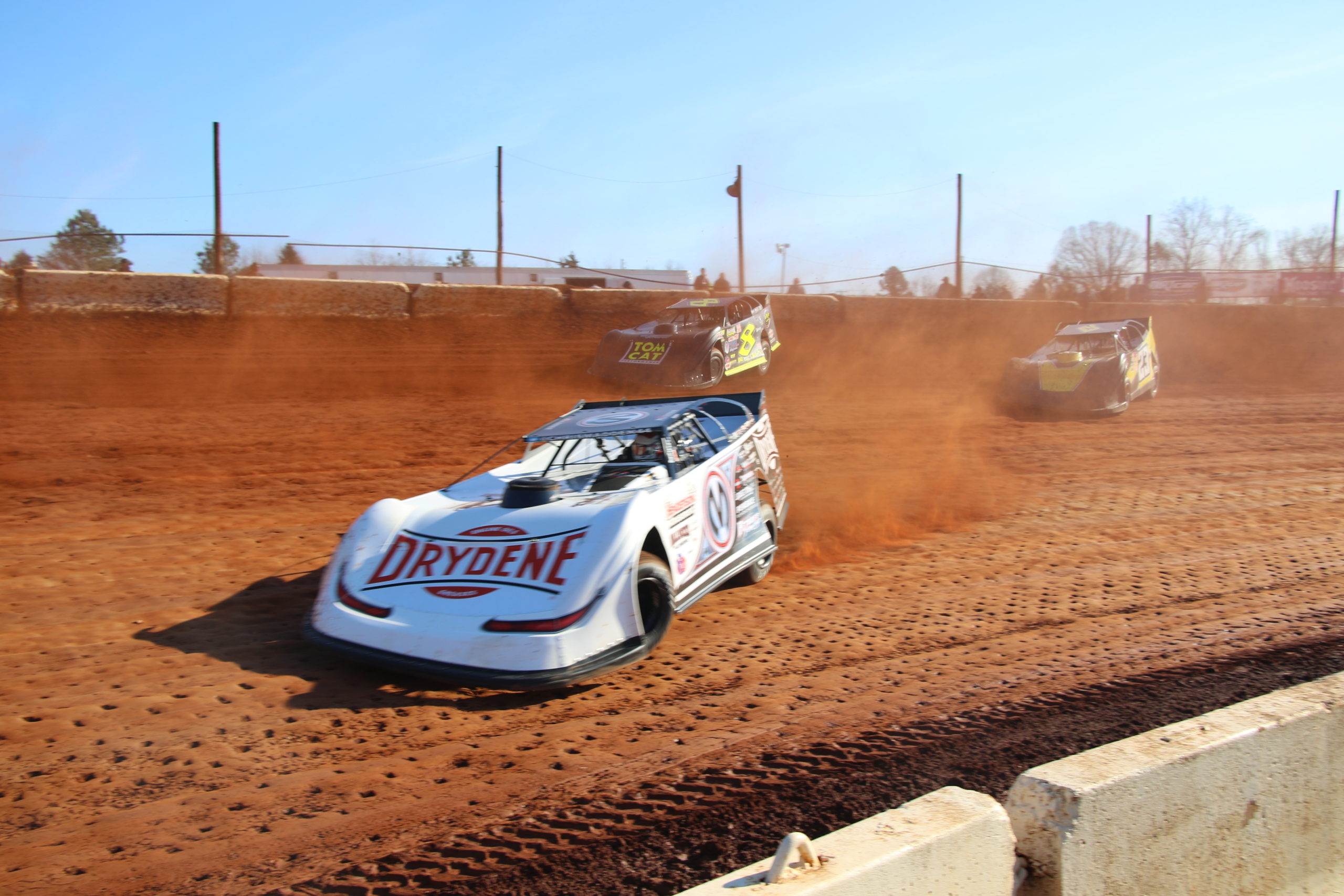 Chris Madden carried the momentum from his incredible 2019 run into the winter, winning the first two races to lead the championship standings into Modoc Raceway on Saturday, Feb. 29. With a 16-point lead, Madden will not only be chasing the $7,000-to-win checkered flag, but he’ll also be trying to hold off Ross Bailes, Zack Mitchell, Kyle Strickler and Trent Ivey to capture the $20,000 series championship check.

Madden, of Gray Court, SC, won at Cherokee Speedway and Volunteer Speedway, and has experience at Modoc, where he’s won three times on the 4/10th-mile dirt oval since 2005.

However, since winning the World of Outlaws Morton Buildings Late Model Series opener in January at Vado (NM) Speedway Park, Madden hasn’t returned to Victory Lane. He’s confident he and his team can get the job done in front of his home-state fans next Saturday.

“We definitely started off hot,” said Madden, who drives a Drydene-sponsored car for Scott Bloomquist Racing. “We haven’t won one in the last couple of weeks, so we definitely need to pick up a win. It’s been a great series for us, and it would be nice to pick up $20,000.”

“I think it’s pretty awesome for [Drydene] to support dirt racing,” Madden said. “To have more corporate industries come in and support our series is definitely big. Our sport is on the upside and definitely growing, and we appreciate those guys for everything they’ve done.”

In retrospect, the 2019 season was quickly turned into a 2019-2020 campaign for each driver who decided to compete with the Drydene Xtreme DIRTcar Series, especially those who also made the trip south for Georgia-Florida Speedweeks. Madden and Strickler, who is fourth place in points, both chose that route, forcing them to ramp-up their work to prepare for the coming races.

“For us guys that run as many races as we do during the season, it makes it difficult for us to get prepared for DIRTcar Nationals and what not, stopping and building new cars, because we had to continue racing,” Madden said. “So, it’s been tough on us, but on the good side of it is we [could win] the series … so we’ll just keep on digging.”

Strickler, Lavonia Speedway winner Mitchell, Ivey, Pearson Lee Williams and Tim Vance will have the chance to join Madden in the perfect attendance club at Modoc, worth a $1,000 bonus.

While Madden is the heavy favorite to be crowned champion, he hasn’t locked it up for sure yet. Positions two-through-five have also yet to be decided, as only five points separate those drivers. With his one victory, Bailes has 37 points while Mitchell trails with 35, Strickler has 34 and Ivey has 32. Each are still within reach of the championship with the maximum number of points available to them should they qualify for Modoc’s $7,000-to-win Feature.

Tickets to see the Drydene Xtreme DIRTcar Series championship finale at Modoc Raceway on Feb. 29 can be purchased at the gate on race day.

Can’t get to the track to watch the action in person? Catch every lap of the Drydene Xtreme DIRTcar Series finale live on DIRTVision with a Fast Pass subscription, just $39 a month!